As of January 19, as a result of a Russian missile attack on a Dnipro high-rise building, 46 ​​Ukrainians have been killed

The head of the Dnipropetrovsk Regional Military Administration, Valentyn Reznichenko, reported this.

“According to updated information, the Russian missile that hit the Dnipro high-rise claimed 46 lives,” Reznichenko wrote.

It is reported that 11 bodies have not yet been identified, and the same number remain missing.

24 victims remain under observation in medical facilities. Two adults and a 9-year-old girl are in serious condition.

A total of 80 people were injured. 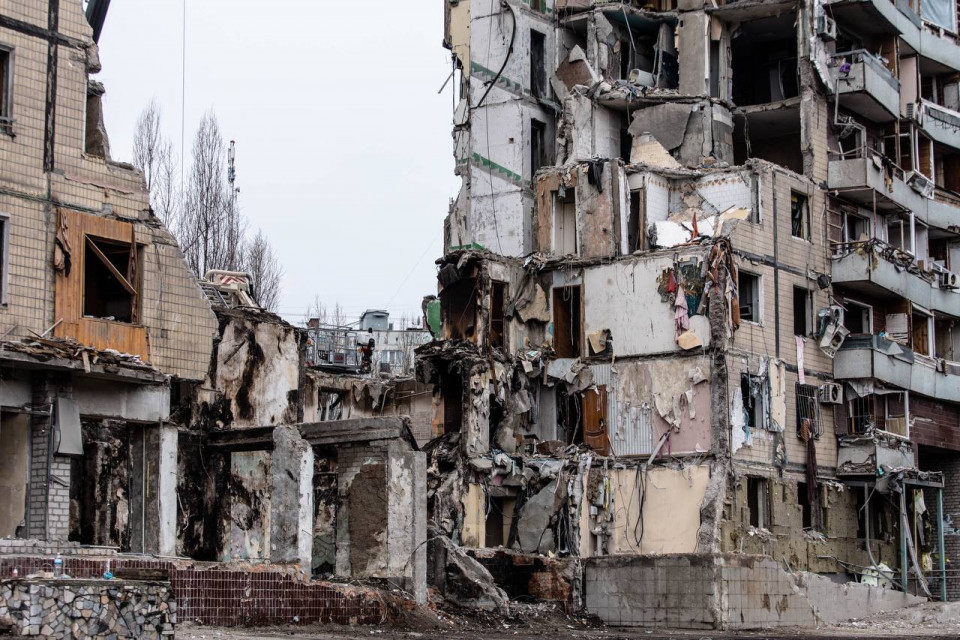 Victorious news on 337th day of war: US sanctions against Wagner PMC, EU looks for ways to use the assets of Russia's Central Bank in favor of Ukraine
23:39

Russian forces massively burn their dead in crematoria with no accounting and identification
23:21

Western tanks at front will be supported by Ukrainian artillery - Reznikov on Bohdana self-propelled guns testing
22:27

Russia feeds its people with ideas of war against NATO and prepares them for defeat - political analyst Mahda
21:15
Exclusive

Russia loses as many soldiers in Bakhmut direction as in both Chechen wars
20:39
Exclusive

Poland can supply Leopard 2 tanks to Ukraine in coming weeks
19:43

Next Ramstein meeting to take place on February 14 at NATO HQ
19:25

Why are Leopard-2, Abrams, and Challenger-2 tanks important to Ukraine and what will they change?
18:31

EU-Ukraine summit should become summit of our European future. Poroshenko on results of Brussels visit
18:03

Massive missile attack. There are hits and 11 victims. Air defense has been activated
17:23

Support for Ukraine and sanctions against Russia. Japan outlines G7 priorities for 2023
16:29

President of Latvia. Helping Ukraine is only way to protect Europe
16:11

Rheinmetall company to supply Ukraine with shells for Leopard tanks
15:52

Zelenskyy on possible negotiations with Russia: Putin is nobody to me after a full-scale invasion
15:34
Exclusive

UK intelligence explains whether Russian units being trained in Belarus will have combat effectiveness
14:24
Updated

Russia’s army is weaker today than it was 11 months ago, but still dangerous - White House
14:07
Review