Belarus is implementing measures to check the railway infrastructure, and Belarusian Railways employees are sworn to secrecy under a new emergency order

This is reported by the Association of Railway Workers of Belarus on Telegram.

These measures may indicate preparations for the reception of military echelons from Russia, the community suggests.

As the railway workers report, a number of measures are currently being developed to prepare railway stations, provide rolling stock, organize the movement of military echelons and shunting work at stations. 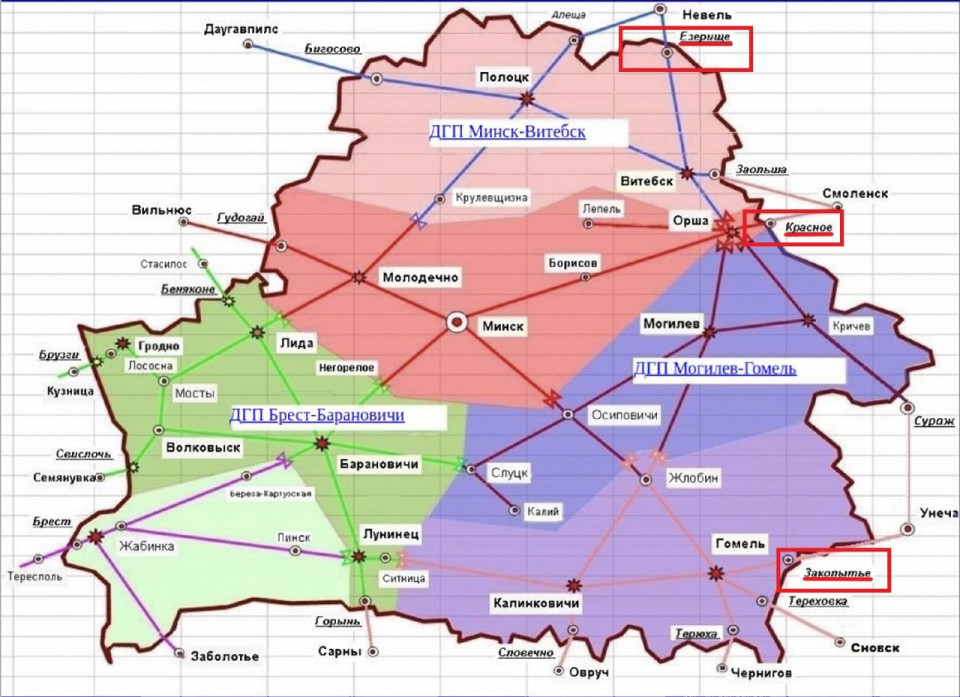 In addition, on the railways, the serviceability of the means of communication is checked at the unloading (loading) stations for the operational management of military transport.

According to the information of the community, employees of railway transport have been allocated to organize the passage of equipment through railway crossings and provide them with means of communication.

In addition, the Belarusian Railways is taking measures to determine the suitability of freight cars planned for use in international traffic, the selection of freight cars with the conclusion of lease agreements, and their maintenance is in progress.

To organize the movement of military echelons at the stations, special schedules are developed that allocate the necessary number of locomotive brigades for the accelerated advancement of VESH. This happens when interacting with the Central Directorate of Traffic Management - a branch of Russian Railways.

According to the information of the Belarusian railwaymen, the main border crossings, at which the reception of VESH is expected:

At the same time, employees are obliged to sign documents on the non-disclosure of official information.

"At the Belarusian Railways, in an emergency order, until September 30, an instruction was given to take from all employees, including managers, an obligation not to disclose official information of a confidential nature," the message reads.

All combat-ready units of Russian army are thrown at Bakhmut - officer of Svoboda battalion Illenko
19:03

Russians commit ecocide: about 50,000 dolphins died in the Black Sea due to Russian army actions
17:37

Russia continues war against Ukraine in order not to admit that Putin made a mistake
17:17
Exclusive

333 Ukrainian children are considered missing since the beginning of Russian full-scale war
16:51

US monitors amount of ammunition used in Russia’s war in Ukraine
15:42

The US provides Ukraine with "exclusively defensive" weapons, not intended for attacks on Russia
15:02

About Dozhd: You can sympathize with murderers or with victims. This is not an easy choice
14:42

US does not prevent Ukraine from developing long-range strike capabilities
14:40
OPINION

Regional Security Requires Ukraine and Hungary To Work Together
14:23

Ukrainian Armed Forces will be in Sevastopol, Donetsk and Luhansk in the spring - Oleksiy Danilov
13:23

Ukrainian air defense shoots down about 80% of Russian missiles
10:54

Dissatisfaction with military-political leadership is growing among Belarusian soldiers
10:34

Kremlin prepare for second wave of mobilization - Institute for study of war
09:34

Urgent surgeries and hospitalizations continue in Ukraine despite power outages
05:24

Ukraine’s ministry of energy urges to deprive Russia of its IAEA member status
05:04

Suspected deserter fires at policemen with a machine gun in Rostov region, Russia
03:44