Heroes of Ukraine: Vasyl Shtefko — back from the morgue to neutralize occupying Russian forces

An extraordinary fighter who set an example for many of his comrades. With his steadfastness and thirst for life, he shows every day how much he loves his homeland. He had wanted to defend his country since 2014, but the military registration and enlistment office didn’t accept him, so he had to talk his way into the Armed Forces.

Espreso tells the story of Ukrainian soldier Vasyl Shtefko, a 55-year-old native of Kushnytsia village, who neutralizes occupying Russian forces without both legs, as part of the 128th Brigade of the First Mountain Assault Battalion.

Returned from dead: "Turned out I was alive, had pulse"

Vasyl Shtefko has been without both legs for 18 years. He lost them in Russia, earning money. Then he was severely beaten and he received frostbite all over his body. Mr. Vasyl was brought to the morgue immediately.

"I lost both legs in 2004, I was working in Russia at the time, I had a small business there. I was beaten so badly that without consciousness, without documents and clothes I was brought straight to the morgue. When examined, it turned out that I was alive, had a pulse. They called an ambulance and took me to the hospital, but because of frostbite all over the body, especially legs, the doctor said he could save my life only if he amputated both legs," Vasyl Stefko recalls.

His sisters came to pick him up from abroad. In late 2007, Mr. Vasyl even approached the President of Ukraine, Viktor Yushchenko, for assistance in providing prostheses.

"After that, a commission came to me, a whole council of doctors examined me then. They sent me to Kyiv, to the orthopedic institute, and I was there for almost six months." 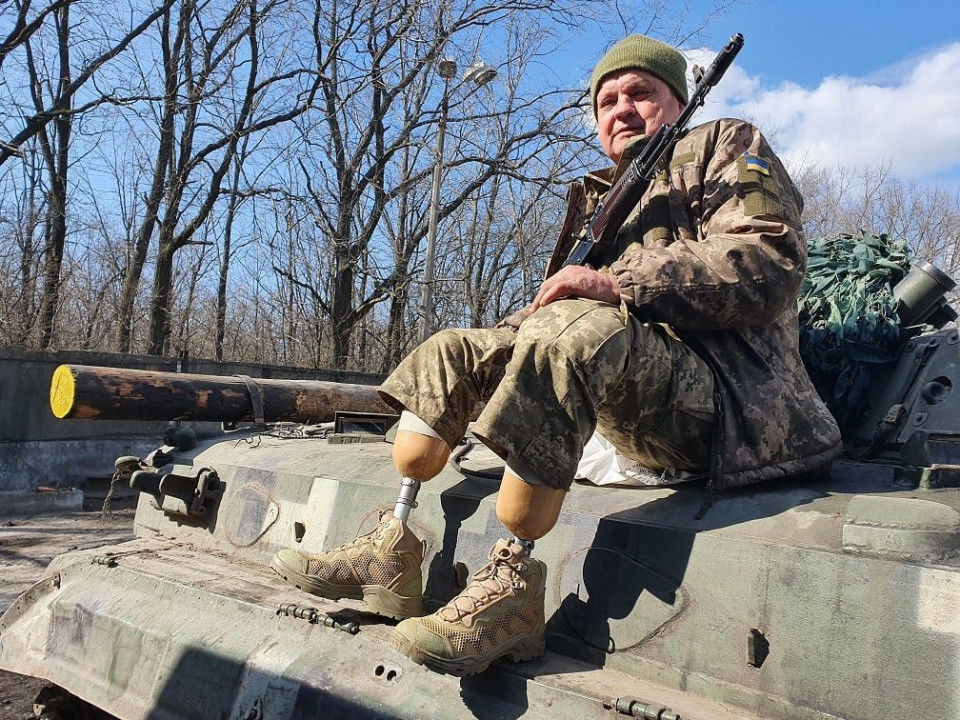 "I'm healthy too, just miss something"

Mr. Vasyl didn’t consider himself ill or weak even after a difficult operation and rehabilitation, he had been enlisting in the army since 2014. But the military enlistment office didn’t let him go to the front. He managed to do so only because he didn't tell the truth about two prostheses, he confessed to only one.

"When they heard that I had prostheses, they immediately sent me either as a volunteer or just as a driver. Our military commissar only offered work on the phone, but such work didn’t suit me."

"They didn't take me to the military enlistment office, I went to the volunteer battalions and they didn't take me either. As soon as they heard that I had prostheses, they immediately sent me to volunteer or just as a driver. And now I just couldn't help it. I will definitely work for my homeland," Vasyl Shtefko shared.

At home, the soldier’s wife, older sister and 11-year-old daughter wait for him. The wife learned that her husband had gone to the front when he was already on the train. It’s a Stefkov’s family tradition to go to war, despite the bans. In 1944, his father also went to war, not being 18 years old, but only 15. Everyone came to enroll as volunteers, and he left.

"I repeated all this to my wife. And she told me: but he was healthy. And I'm healthy too, just something is missing. Prostheses replace my legs. Sometimes it's hard, but the hardest thing isn’t a physical defect. I was most afraid to go so that they wouldn't see my problem and reject me. No one in the battalion knew about my legs, but somehow an unfortunate situation occurred and the prosthesis broke. The thread was damaged and the prosthesis needed to be completely replaced. I asked my partner to go and buy me a part, to repair the prosthesis. He told his superiors that Uncle Vasya's bolt fell off his leg. Only then did the company officer find out that I had prostheses," the military man said. 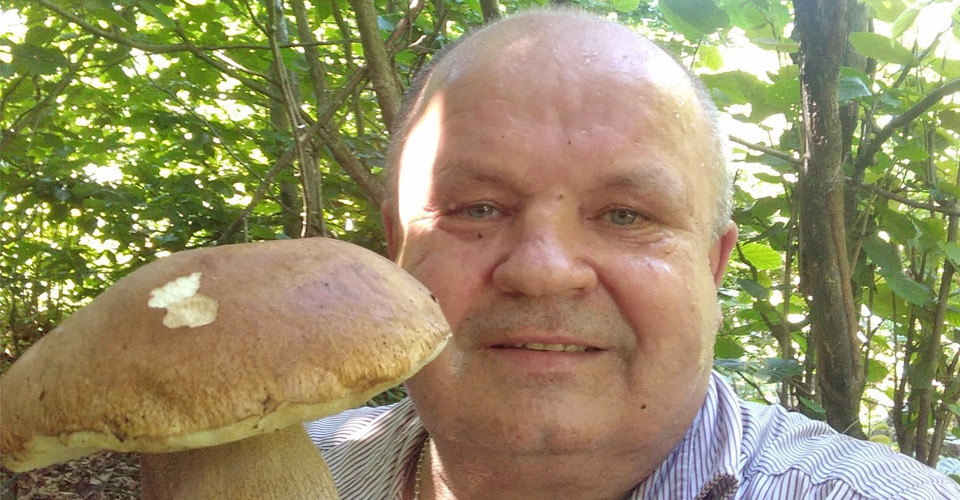 After the war, after the victory, Mr. Vasyl has a simple dream: just to live, as before the war, to enjoy life. Now he is happy that the situation is changing. In particular, he’s glad that there are already noticeable changes in the language aspect.

"After the Maidan, I said about the language, that it should be monitored. Because if they take away our language, that's the end for us"

"After the Maidan, I said about the language, that it should be monitored. Because if they take away our language, that's the end for us. Sometimes I ask why you speak Russian, they answer: because I'm used to it. But no. You are doing this on purpose to humiliate us. Now you can't and shouldn't tolerate it. I had a lot of Russian-language music in my car, so I asked the guys to give me only Ukrainian or foreign music, but not Russian."

Russia's new disinfo: West 'realizes' that Russia will 'take control' of most of Ukraine
17:13

Heroes of Ukraine. “I buried him on my birthday” - Andrii Litun’s widow talks about his heroism and boundless courage
14:40

Erdogan promises to reach an agreement on 'grain corridors' in 7-10 days
11:21

"DPR" gunmen accuse Swedish citizen captured in Azovstal of being a mercenary
09:51

It is becoming increasingly difficult for the Russians to replenish units suffering losses - General Staff
23:11

44 children, illegally deported by Russia, are returned to Ukraine in June
22:51

Ukraine's Air Force shows the moment Russian missiles are shot down over the Dnipro region on July 5
22:31

"Someone in the wrong place decided to light a cigarette": explosions are heard in Donetsk, where ammunition warehouse catches fire
21:49

Shrapnel flew in one car window and out the other - soldier with the 128th brigade
20:42
All confiscated Russian assets should go to the reconstruction of Ukraine - Shmyhal
20:21
Declaration including seven principles for Ukraine's reconstruction has been approved in Lugano
19:57

More than 40 buildings damaged by Russian rocket fire to be rebuilt in Rivne region
19:14

Many prisoners of war have amputations, and two have burns covering 60% of their bodies - Azov
18:54
French citizen who fought in Ukrainian Armed Forces' ranks is killed in Kharkiv region
18:25