Russia-Ukraine War
Ukrainian Refugees
Espreso Global war against Ukraine Heroes of Ukraine. “I buried him on my birthday” - Andrii Litun’s widow talks about his heroism and boundless courage

Heroes of Ukraine. “I buried him on my birthday” - Andrii Litun’s widow talks about his heroism and boundless courage

Lieutenant Colonel Andriy Litun commanded the 1st Mountain Assault Battalion of the 128th Mountain Assault Brigade. With the call sign Znatok, he joined up to fight to defend Ukraine back in 2014. He took part in the battles for Shchastia ,Stanytsia Luhanska, Krasnohorivka, and Pisky. For a long time, he understood that a major conflict was on the horizon “we have to end it” he said.

It was winter 2015 and he was defending Debaltseve. A unit of Transcarpathians led by Litun heroically held the defense for a long time, and when the time came, Litun managed to get his men away from the bridgehead, avoiding both encirclement and significant losses. He himself was seriously injured. Despite these harsh conditions, he always found time for his family, even when he was stationed in the ATO/OOS zone (the official name for the part of Ukraine where Russia-backed gunmen attempt to provoke Donbas into secession).  Even there, he would help his daughter with her school science projects over the phone.

During those early days of Russia’s full-scale invasion of Ukraine, Litun repelled enemy attacks at forward positions. On March 6, he was killed while covering his unit’s retreat, fending off at least four larger Russian military groupings. On March 10, he was posthumously awarded the title "Hero of Ukraine" and the order of the "Golden Star".

Espreso spoke with Marina, his wife, who is also serving in Ukraine’s Armed Forces, about her husband's courage and steadfastness in defending his native country. She added that she would gladly trade places with him, because people like him should live.

"Our whole life changed on March 3, 2014. Andriy grew up in a military family and couldn't do it any other way. He was an incredible patriot, so he joined the Ukrainian Armed Forces as soon as he could. It's hard for me to talk about him in the past tense, because it still seems that Andriy will return home for a rotation as usual. He always said that he would answer the call to defend his country. And just before his death, when they were carried into the unknown, I asked him not to go, and he answered: "If my son asks where I was when our country was attacked, how could I look him in the eyes?" she recalls.

"Life is beautiful. There are no problems in life"

When he first went to war, which was back then called an anti-terrorist operation, Andriy Litun was 30 years old. It was at the front that he celebrated his birthday. Back home his family was already raising his daughter Alina. Litun would spend 8-10 months at the front every year, coming home only on rotations.

"One time, Andriy came home before New Year for a rotation, I joked saying ‘you are so brave, maybe one day you will receive the Hero of Ukraine award’, and he replied that it is a very prestigious award, usually given after death. So then I said that we don’t need anyone in our family to get it. In recent years, he often told me: ‘Marina, smile, life is beautiful. There are no problems in life.’ It was something he said constantly. I didn't understand why he said it, but I understand it now. He buried a lot of his brothers-in-arms, saw a lot of grief. On March 5, before his death and during those 11 days of hell that he went through, we practically did not speak, because there was almost no communication. I asked him to send me a message so that I would know that he is alive. And he wrote to me all the time that he loved me. That was the last time we spoke and I told him that I understood what he meant when he said ‘there are no problems in life.’ It was on that day that for the first time in 8 years of the war he told me ‘I will try to come home’” she says, without holding back tears. She says that just hearing him say that made her consider the utter hell he must have been going through. 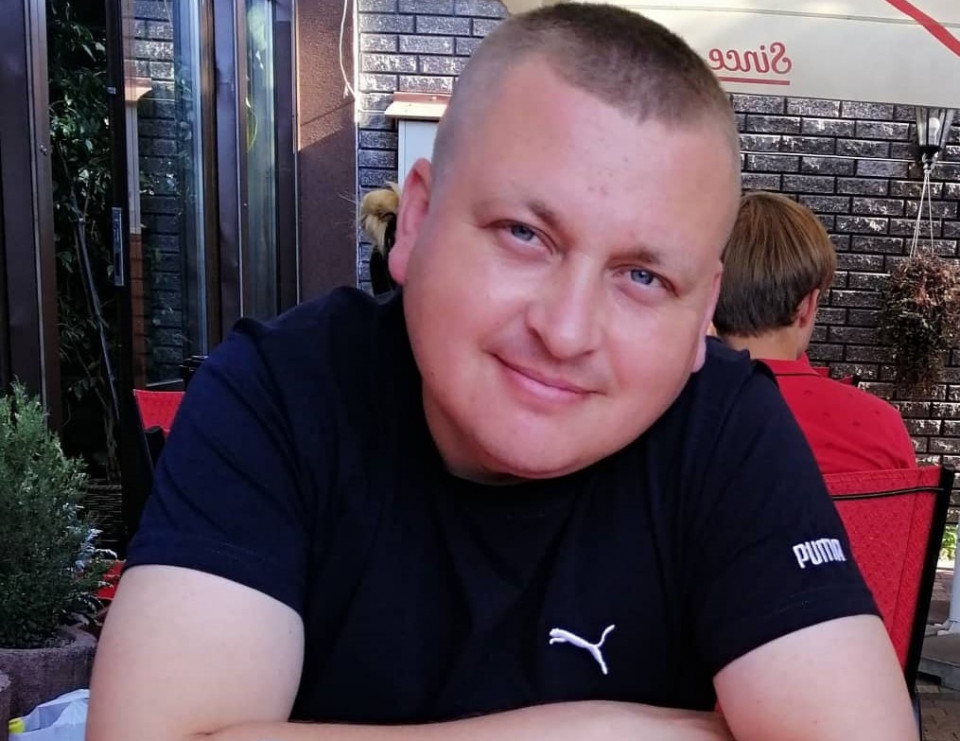 Andrii Litun was respected by his friends and colleagues, he would always find encouraging words for people, and they listened. He taught his subordinates how to stay calm and not panic, and how to find a way out of any situation. That's why he had the nickname "Expert".

Despite the significant strain of a military career during active combat, he always found time for his family. His wife says that even when he was stationed in the ATO/OOS zone he would be sure to help their children do their homework. Whether it was algebra or history, even though he was at the frontline he would always make time for them.

He is survived by his wife, Marina, their 5-year-old son and their 13-year-old daughter Alina.

Marina says she felt it her duty to take their son to his dad’s funeral, to say goodbye, and to understand that he will always be there watching over them from heaven. She recalls being surprised by her daughter’s strength through all this. 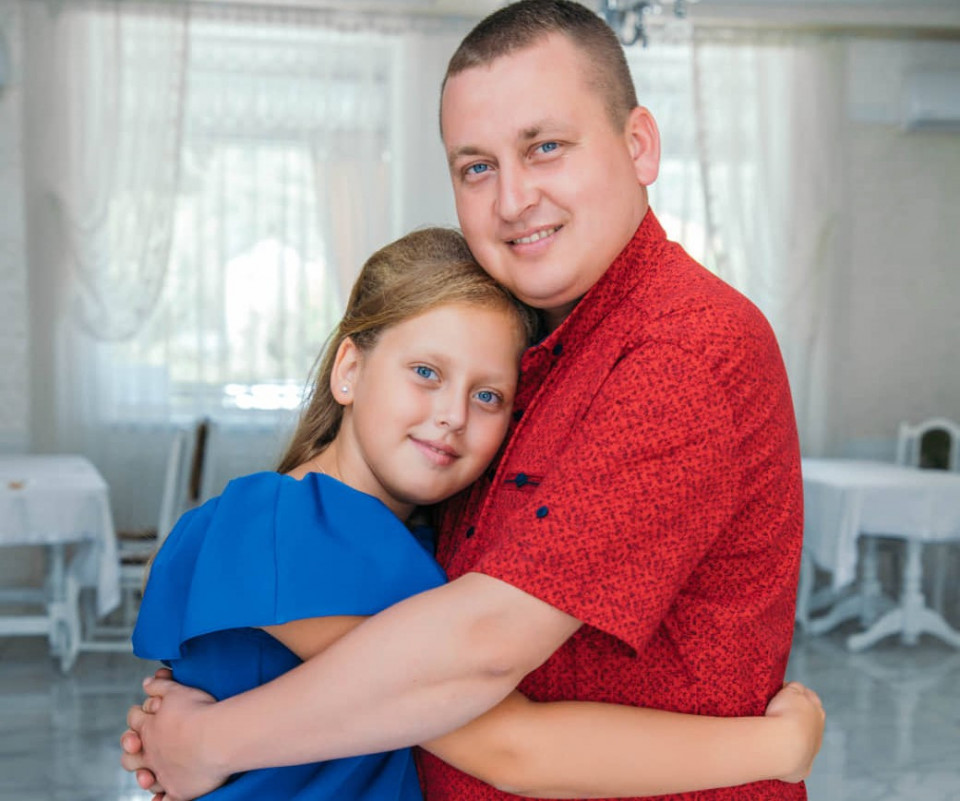 “From being a child who was scared of everything, who was really protected, she turned out to be the most reliable, stable one of us. She holds us all together. I can’t imagine what her little soul feels at just 13. Our Alina, who was even scared of our parrot, has really grown up” Marina says. Being a soldier’s wife is not easy, she continues, especially these days. Every day means waiting, worrying, anxieties. Every morning starts with waiting for that call.

"I still think that he will come back. I still call him, even though I know that he will not pick up the phone. It so happened that I buried my husband on my birthday. What a gift to get. He always loved surprising us on birthdays, never with material things, always with something thought out and really unexpected. He was a one-man-idea-machine. I know he would be very upset that I ended up with this as a gift.I can't say that I am alive now, I just exist. I'm afraid of this terrible word ‘never’.”

At the end of the conversation, she rustles up some strength in herself and wishes Ukrainians faith and sincere prayers for Ukrainian soldiers.

Andriy Litun is buried in Mukachevo, where he lived with his family. He was 38 years old. By decision of the session of the Mukachevo City Council, Lev Tolstoy Street in Mukachevo has been renamed Hero of Ukraine Andrii Lituna Street.

Russia's war on Ukraine continues because of Russians with Schengen visas - diplomat
21:25

About 8% of the population: which Polish cities have the most Ukrainian refugees
20:45
Russian forces are  unable to concentrate forces on large areas of front - Vadym Denysenko
20:25

Russians are afraid of losing freedom to travel in  Europe: increasing numbers of people applying for Schengen visas - Center for Countering Disinformation
20:05

"We destroy enemy Russian forces with their own weapons": Ukrainian military create anti-tank artillery installation from captured Russian quipment
18:55
No one has done more for Ukraine's unification than Putin - Academician Libanova, Ukrainian National Academy of Sciences
18:35
"We are fighting for our and your freedom": Zaluzhny congratulates the Poles on Polish Army Day
18:25

Melitopol citizens are sent to filtration camps only for the Ukrainian flag in their homes - Mayor Fedorov
15:35

POW treatment must be on the global  agenda - Azov soldier wife
12:55

ISW names priority directions for Russian forces in Ukraine
11:35
Russia loses about 200 soldiers, 12 tanks and 1 helicopter per day since starting war in Ukraine
11:15